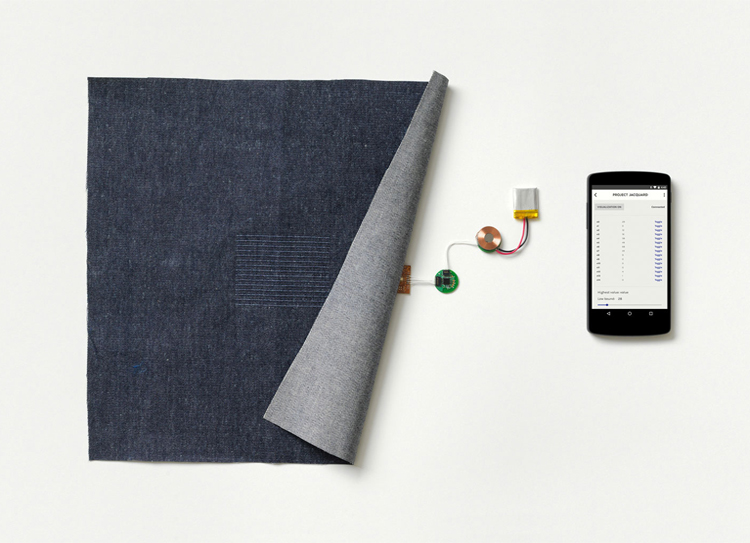 CINCINATTI – Corporate apparel and PPE manufacturer CINTAS has announced a new partnership with Google’s Advanced Technology and Projects (ATAP) group – the research team behind the Project Jacquard wearable technology endeavour. The initiative is set to explore the application possibilities of wearable tech and smart fabrics in new healthcare and safety applications.

The news comes less than a month after Google unveiled its first ‘smart jacket’ at the annual software development conference Google I/O. The denim garment, developed in partnership with Levi Strauss, has conductive threads woven into its sleeves to allow for an interactive touchpad.

According to CINTAS, the company is following the footsteps of Levi’s and partnering with the project in order to help “advance use cases in work environments, with the goal of developing Jacquard-enhanced uniforms.”

Google first announced Project Jacquard last year, and confirmed its commitment to developing an early prototype smart garment, rather than something which would immediately hit high street shelves. The core of the technology, which was initially targeting cyclists and commuters through the Levi’s partnership, is a fabric that’s specially woven with conductive thread, which allows it to act as an interactive touchpad.

Discussing the opportunities in working with such technologies, Paul Jantsch, CINTAS’ senior vice president of corporate strategy and development, said: “CINTAS is excited to collaborate with Google ATAP in developing use cases in work environments for Jacquard’s textile technology.”

“We see many applications for the technology to impact productivity, compliance, health and safety, not only in healthcare, but in virtually all industries.”

“The Jacquard platform provides new possibilities to interact with services, devices and environments directly from the garment, literally from the cuff of your sleeve. This could greatly impact and benefit the healthcare industry in meaningful ways, for patients and practitioners, as well as provide solutions in numerous other fields,” added Ivan Poupyrev, Google ATAP’s technical project lead for Project Jacquard.

In the next printed issue of T.EVO, we look in further detail about Google’s partnerships with both Levi’s and CINTAS and what lies ahead for Project Jacquard. For more information on how to get a copy, click here.