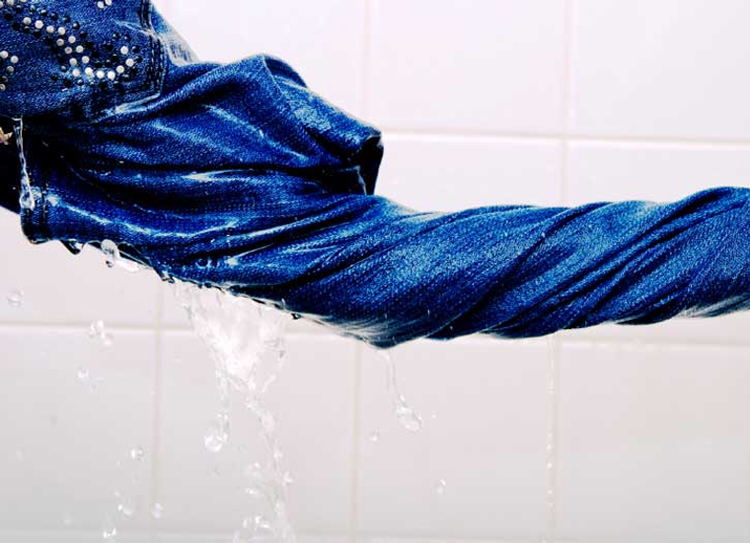 New dyeing and finishing innovations have traditionally been kept under wraps until being launched with a fanfare at a show – sometimes it has been evolution, for example the trend to lower liquor ratio dyeing machines, and sometimes it has been more revolutionary, such as the rapid of digital inkjet printing for textiles. However, there is now no timetable for innovation in textile dyeing as the industry moves rapidly towards a more sustainable future.

Some textile machinery companies have recently introduced brand new commercial options for concepts such as CO2 dyeing (Dyecoo) and others have looked recently at improvements in the cationised dyeing process, but most have focused on launching new textile machines that can be retrofitted into existing textile dye house set-ups.

The 1990’s saw the emergence of innovations to improve textile quality such as low lift, soft-flow dyeing machines and also major developments on control systems to ensure dyeing processes were carried out more consistently than ever before.

The introduction of sophisticated systems for dosing chemicals with great accuracy, heating and cooling machines to within a fraction of a degree of a pre-programmed profile and control of specific gravity and pH, enabled textile dyers to achieve unprecedented levels of right-first-time dyeing.

The need for good dye and chemical storage and accurate dispensing also saw a large rise in the number of systems available to the dyer and printer, ranging from high-cost fully automated machines to lower cost check-weigh apparatus.

Drying machines such as relax driers and stenters were also supplied with an array of control systems to allow the finisher to confidently manage bow, skew, weight, width, moisture levels and fabric ‘basics’ to previously unachievable levels of consistency. The improved controls and development of customisable pad mangles also enabled finishers to apply and cure resins and performance finishes with hitherto unimaginable levels of confidence.

The main driving forces for most of the pre-2000 developments were better quality, better consistency, lower cost production and the need for new, innovative products. The aim of the machinery manufacturers was largely to enable dyers to make more product, more consistently and more profitably – and their marketing reflected this.

Of course all the developments to reduce water, energy and chemical use had benefits for the environment but ‘The Environment’ didn’t really become an issue in its own right until the turn of the century, since when it has been THE big story in the dyeing and finishing industry.

In addition to greater levels of control, the dispensing companies are also moving towards lower volumes and therefore lower volumes of waste – particularly the print dispensing systems where waste accounts for a significant cost and effluent loading.

The dye and chemicals companies will be promoting their health safety and environmental credentials and we can expect more new information on existing products rather than new products. As brands and consumers become more aware of potential issues with hazardous chemicals, reputable companies are actively promoting products that are free from certain chemicals such as in the DWR fabric sector where PFC (perfluorocarbon) free products are being developed due to problematic by-products such as the bio-persistent PFOA which has become heavily restricted.

DyStar has completed a life cycle analysis on its own processes and this information is available alongside the product specific health, safety and environmental information we have come to expect from them.

However it’s clear that new products and the growing trend in the use of plant-based raw materials will feature heavily in the industry going forward. Archroma is already promoting its Earthcolor range of dyes synthesized from leaves and the non-edible shells of nuts.

Elsewhere, enzymes are known to help dyers lower the temperature, and therefore energy requirement of processes such as bleaching but some chemicals are already on the market from companies such as CHT that can reduce the temperature of cotton bleaching by up to 30oC.

As far as dyes are concerned there will be very little revolutionary change but dyers should embrace ‘rapid evolution’ such as the Avitera SE reactive dyes from Huntsman that give over 90 per cent dye fixation and therefore require shorter, cheaper, lower impact wash off processes than previous generations.

All in all 2016 promises to offer huge opportunities for textile dyers and finishers to reduce their processing costs by reducing water, energy and chemical consumption but it remains to be seen if the industry is prepared to invest. In addition to new machinery and chemicals we may also need to look at new business models, such as leasing, to get the latest brilliant developments out of the showrooms and into the more textile factories as part of a new more sustainable business model.